Jerry Litwaitis, VP of Lending at MMCCU, will celebrate 30 years with the credit union on April 13. His career began in 1992 after graduating from UW-Eau Claire with a BA in Business Administration with a Comprehensive Finance Major. The St. Clair, Michigan native grew up in Park Falls before moving to Marshfield to work at MMCCU. He now lives in Marshfield with his wife Crystal, and two daughters, Sierra and Sydney.

“In 1992, I learned of the job at MMCCU through word-of-mouth. I was interviewed for a loan officer position but they also need some help on the teller line and I needed to learn the in’s and out’s,” said Litwaitis. “I was on the teller line for about six months, doing overdrafts monitoring and phone calling, and other transactions. That prepared me for collections and consumer lending.”

As opportunities arose, Litwaitis became a Mortgage Loan Officer and was then promoted to VP of Lending a few years later.

Though a self-declared “numbers geek,” Litwaitis said it’s the people that make his job especially rewarding, as well as the credit union approach to finance.

“I love the credit union philosophy,” he said. “I enjoy helping people. It’s not all about making money, making loans. I get just as much satisfaction if I help someone out telling them ‘you maybe shouldn’t take this loan.’ There’s no pressure, no sales, no ‘have to meet these numbers.’ And obviously, you get to know the people. It’s not just about the numbers, it’s about the people.”

For someone looking to get into this career field, he encourages a love for numbers and a desire to work with and help people.

“First and foremost, you have to have a love for numbers. Got to love number crunching, that’s the job!” he said. “You also have to be able to speak with people, be comfortable with people, be a problem solver. All of that comes with experience, but you have to start with the foundation of loving numbers.”

He enjoys the satisfaction of being able to help someone, which is the foundation of the credit union model.

was a difference – but I didn’t know how much of a difference until I started working here. It’s a community; it’s family. I can call or email another credit union and ask them (a competitor) a question and they will help me. So, it’s not just because we have lower rates and are member-owned – that’s all stuff people know. It really is people helping people, and I can’t stress this enough. It’s a different way of doing business.”

Litwaitis named his dad as a mentor and credits him for learning the importance of work ethic – something he plans to continue at MMCCU until his eventual retirement.

“I love what I do here,” he said. “I don’t do what I do for the pats on the back and the ‘oh, you closed this many loans…’ My passion is really just helping people make good financial decisions and helping them through mortgage and vehicle loans to get them where they want to be.” 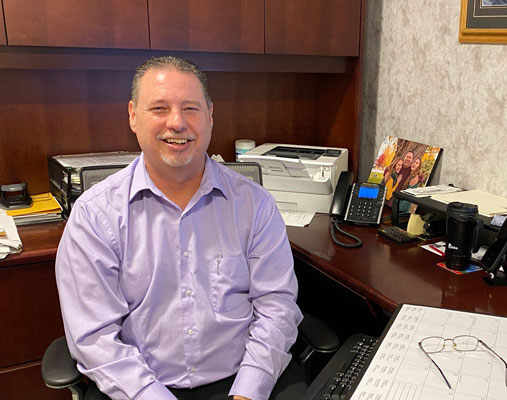 For help with mortgage or consumer loans, contact MMCCU here.